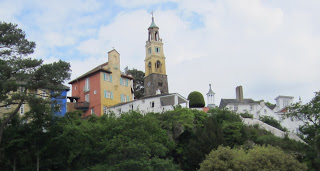 I've been to Wales many times but this week was the first time I ever visited the village of Portmeirion. It's an Italian village nestling in a Welsh cliffside. It was created by Clough Williams-Ellis, who called it his 'tribute to the atmosphere of the Mediterranean'.


It's the most unusual place I have ever been to. Each turn of a corner produces yet another unexpected piece of architecture, like this strange statue suspended over our heads: 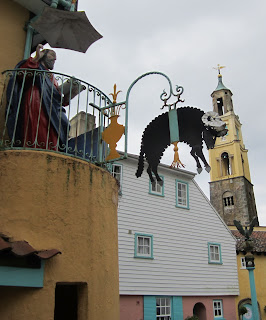 And this tiny archway overlooking the estuary: 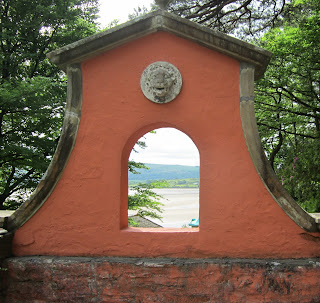 And as for these two suspicious looking characters... well, the least said...! 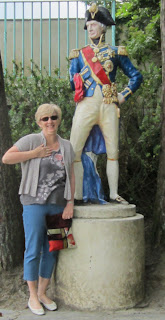 And before you ask, no we didn't see any large balls floating onto the beach and yes I am a name not a number... although I must say that our lives are dominated by numbers far more now than they ever were when The Prisoner was filmed on location in Portmeirion in the 1960s. The tax people have long known us by our National Insurance number and these days most people have lots of password numbers and bank card pin numbers, then there's our driving licence number and our passport number, our mobile phone number... Hmmm... The Prisoner might not have been all that far out after all.

Do you ever feel as if today's 'technological powers that be' treat us like numbers rather than names?

[Apologies to any young visitors who don't remember The Prisoner. You can see what I'm talking about on the Portmeirion website here.]