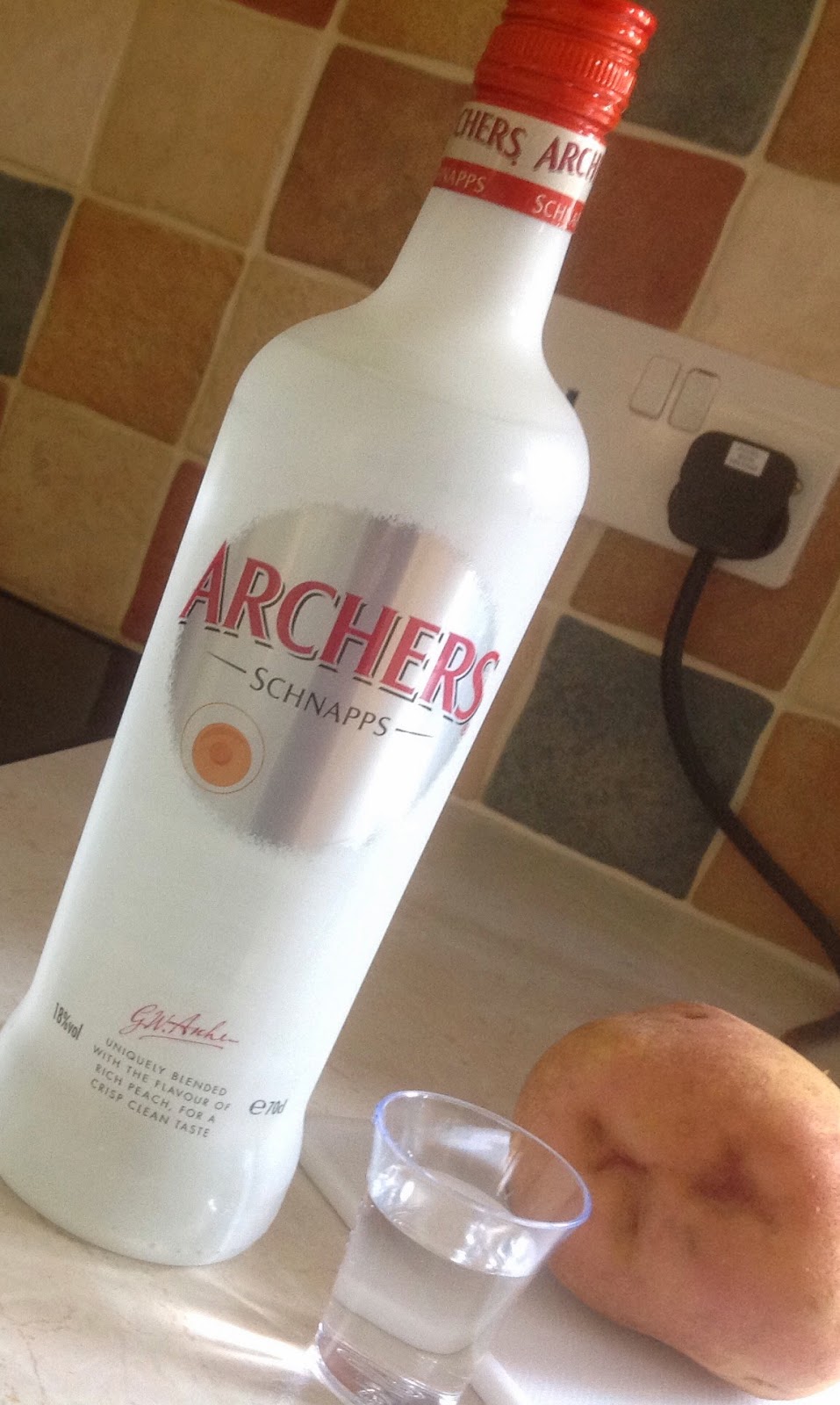 I’ve opened a present, a bottle of Schnapps
My favourite, Archers, peach flavour
I’m peeling potatoes and just dare not lapse
Cause my roasties are something to savour.

I’ve eaten four mince pies laced liberally with rum.
I’m still peeling but feel rather weepy.
So I've gulped down some whisky. It's warming my tum,
But potatoes are making me sleepy.

They’re inside watching telly. That’s fine. It’s ok.
Come the adverts, they all want a cuppa.
It’s a Peach Schnapps for me. I feel better that way
When I’m peeling potatoes for supper.

I’ve made them all tea and they’re watching a play
So I’m peeling potatoes like crazy
But the kitchen is starting to gently sway
And I’m feeling incredibly lazy.

I’ll just rest for a while. I’ll slide onto the floor
I know one thing without any doubt,
I’m sorry. I can’t peel potatoes no more
Cause I fear I’m about to pass…

Every Christmas time I scour the TV Times to make sure that my favourite Christmas story will be showing, Charles Dickens' A Christmas Carol. I've watched it in one form or another almost every year since I was a teenager. I could mouth some versions, but that doesn't spoil the enjoyment for me. I love the way that Dickens put his message across, which I interpret to be the same message as is in the title of this blog post.

'...Faith, Hope and Gluttony, that'll be Christmas...', lyrics from a Christmas song sung by Thea Gilmore. There are a lot of Christmas songs being played right now. Mostly they talk about happiness and family togetherness which is what we've been trained to expect at Christmas, trained by the media and advertising but...

Last week The Independent stated that 13 million people in the UK are living in a state of poverty. That is brain-stunningly shocking.

Shelter predicts that 93,000 children will be homeless this Christmas and the Trussell Trust, who are responsible for the food banks throughout the UK, talk about there being a 'real, stark two-nations Britain'.

When food banks were recently debated in parliament, Maria Eagle MP stated that the number of people using food banks had increased from 41,000 in 2009/10 to 913,000 in 2013/14. She went on to say that 'over the last four years prices have risen faster than wages ... and failings in the operation of the social security system continue to be the main triggers for food bank use...'

I am not an economist and so can't even begin to work out how the problem of rising prices versus wages could be solved but it doesn't take an economist to see that something could and should be done about failings in the operation of the social security system. In 2013 I blogged about food banks. I talked about the experiences of my friend who is a volunteer in her local food bank. She said,


"People are given three days' worth of food. These are not society's drop-outs but people who are desperate to feed their families. Many are having money problems through no fault of their own. One had to wait for a payment cheque which had taken longer than usual to arrive. Another explained that his allowances had been changed which meant there was a gap in payments."

I wonder if those people who are responsible for issuing allowance payments have any idea what it feels like to have no money at all, no savings, no family who can lend, no tins in the larder to dip into, nothing? And I wonder how those people responsible for making these late payments are able to enjoy their heavily-laden Christmas dinner table?

Which brings me back to my favourite Christmas story and the realisation that we have, as a caring community, changed very little since Victorian times. It is disappointing. There must be something we can do to make a difference but I really don't know what.

Who, or more precisely, what is a Lady?

I mentioned to a friend the other day that I belong to a Ladies' Bridge group. She frowned. I assured her that it was a perfectly civilised group, no glaring if one of us makes a wrong bid, no shushing if any of us get the giggles. It was social bridge with an emphasis on the word 'social'. She explained that her frown was for the name rather than the activity. It should, more accurately, be Women's Bridge.

I took this on as a challenge. What is the difference between the two and what about the word 'girl'? Should we maybe call it the Girls' Bridge group instead?

Lady, according to the Oxford English Dictionary, can be used in many ways:
But the word does not, apparently, describe a group like ours.

The OED is no more encouraging about the word 'woman':
It would seem that our group cannot be referred to as a Women's Bridge group either.

I glanced at the definition of 'girl' with little hope for a resolution to the problem. This is what the OED said:

And then I saw it...
That looks like a clincher. We should, from now on, be referred to as the Girls' Bridge group but somehow I don't think it's going to catch on!

This tea time I stood and watched the sun setting from an upstairs window. It began with delicate strips of pink on a deep blue sky. A lemon hue rose from the horizon as the pink strips deepened to salmon and then red. I know that scientists would willingly give me a factual explanation for this phenomenon but I'm no scientist. It felt as if this was a beautiful light show for my eyes only, in which case it must surely be classed as a miracle.

On Tuesday evening we will be lighting the first candle for Chanukah. This festival is about the power of light and about miracles.

As I explained in last year's post, miracles don't have to be as huge as the parting of the Red Sea. Watching my daughter heal after major surgery, seeing my grandson complete his first term at school in spite of his diabetes and all the restrictions this places on his life, meeting and sharing special time with old friends - these are the miracles that I'm talking about.

I firmly believe that it doesn't matter if we're celebrating Chanukah, Diwali, Christmas, the mid-winter solstice or a similar festival. Surely what matters is that we're all hoping for the same thing, for miracles that make our lives a little easier, for a light that illuminates our darkness. 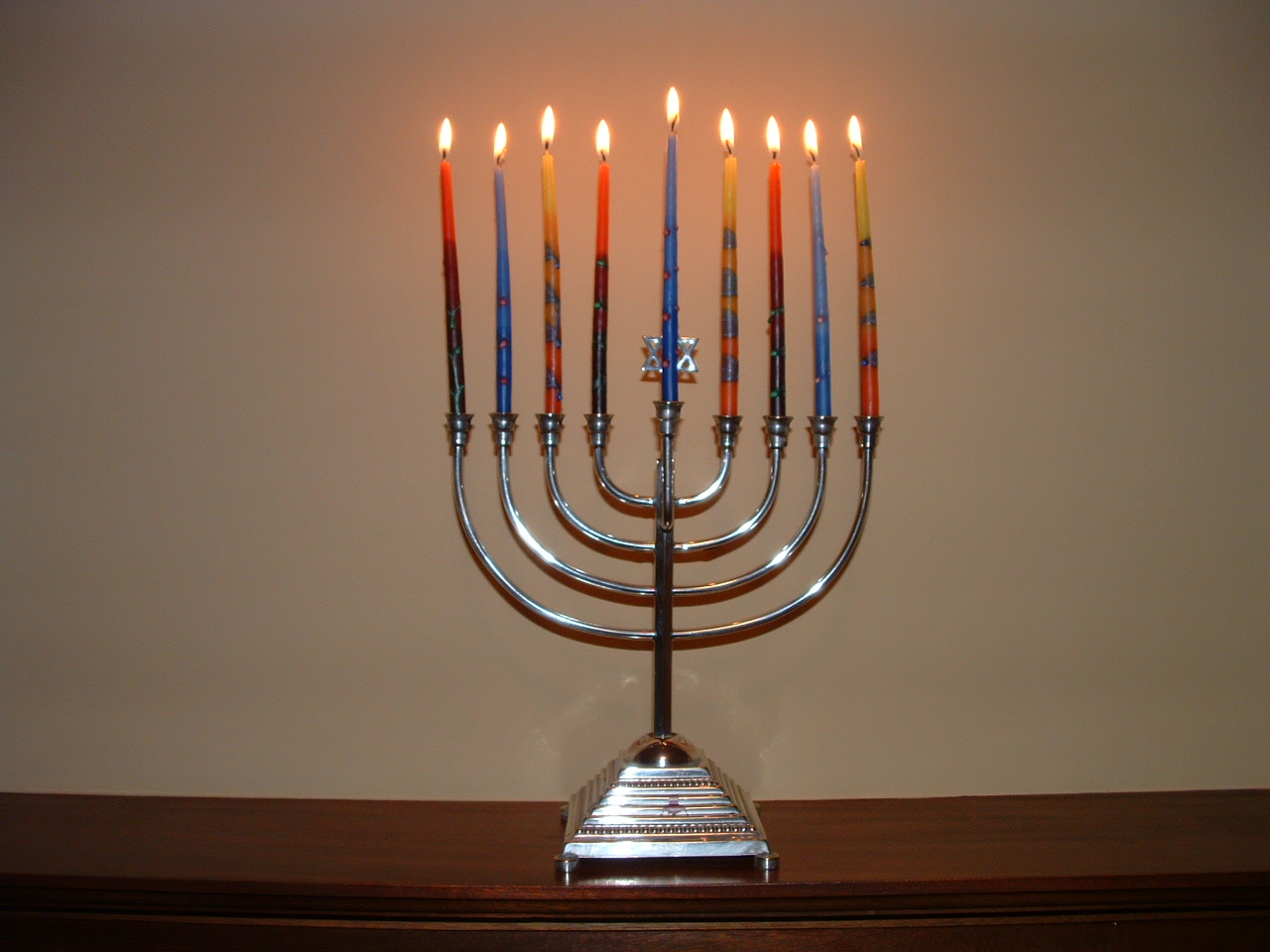 I explained in a bit more detail what Chanukah is about in a post in 2011. You can read it here: Festival of Lights.

I'm out and about

I'm so pleased with the results of the Lives Behind the Stones cemetery research project that I'd love it if other communities followed suit and created their own website along the lines of the one that I've been responsible for developing during the last year. Indeed, one of the final aims of the project is to promote the idea as a template and so I have been out and about these last few weeks doing just that.

Today I'm over at Simon Mayer's blog talking about the project. If you'd like to pop over and visit me there you can find me at Simon Mayers - Researcher and Historian

I can also be found in this week's copy of the Jewish Chronicle and you can read an online version of the article here.

The study of the origin of words and the way in which their meanings have changed throughout history.

I was sorting through a pile of my old papers this morning and, as is the way with such activities, I found something absorbing to read. Several years ago I had made some notes about a fascinating man with the intention of mentioning him here. I don’t think I ever did, so I shall put that right now.

Mark Forsythe is an etymologist. He has contributed to many etymological publications, not least the introduction to the 12th edition of the Collins English Dictionary in which he states, “There are few pastimes in life as pleasurable and profitable as reading the dictionary…” How can anyone disagree with him? His most recent book is called The Eloquence of Elegance and although I haven't yet read it, it is on my 'wish list'. I am at the moment enjoying his The Horologicon - A Day's Jaunt Through the Lost Words of the English Language.

Forsythe blogs at Inky Fool and I thought I'd share with you a few of the more obscure words that he has talked about there. He says that he loves gongoozling. Indeed, who doesn’t love having the occasional gongoozle? You can read the derivation of the word on his post called Gongoozler and, just in case you didn’t know, it means to gaze idly especially at people working on a canal.

Another of his posts talks about wamblecropt, a word which he professes to find "intolerably beautiful" to listen to. Sadly the word is no longer in regular use. It means being overcome with indigestion. Maybe we should reintroduce it this very minute.

Yet another post has been devoted to the phrontistery, a place specifically built for people to go and think. I could go on but Forsythe describes these words and their meanings so much more eloquently than I ever could so I recommend you pop over to Inky Fool and have a read for yourself.

And now I shall sit in my phrontistery and gongoozle for a while. (No, there is no canal visible from my phronistery window but I can't get it right all the time, now can I!)