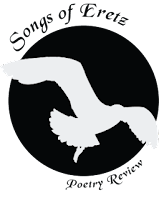 Firstly a big thank you to Songs of Eretz Poetry Review for accepting my poem, 'The Passing of Time on Peddars Way'. It will be published in their Winter 2021/22 issue. Pedders Way is a picturesque walk along the Norfolk coastal path. We used to regularly walk there from Blakeney to Cley. We haven't been for years but we're planning to go back there next year - Covid permitting.

As for the poem,  I have now racked up 17 published poems. Is it time to start thinking about a poetry pamphlet? I'm not sure and would welcome your opinion. Do you rate poetry pamphlets? Or do you only purchase them when a friend invites you to their pamphlet launch party?

For three whole weeks I delighted in my grandmother-of-the-bride-nails. They gleamed with deep magenta gel. They were glossy and glisteny and I have been flashing them in front of people and stroking them lovingly. When they hit the three-week mark they went into rapid decline. Three weeks is old for nails. In fact, in 'nail years' three weeks is positively ancient. They were cracking and bending and had become so long that I was having trouble typing and picking up anything smaller than a knife and fork but the gel had set like concrete and no way could I file them down. The gel had to go!

But it is two weeks before Christmas and all nail-gel-remover shops are fully booked. Undeterred I went to the chemist and bought a bottle of acetone. It has large red warning signs on the bottle and smells atrocious but I was intrepid. I was determined. I spent the best part of twenty-four hours soaking my nails with smelly cotton wool and wrapping them in tin foil. I became light-headed from the fumes, slightly dizzy and squidgy but I did it. The gel is gone... and my nails are plain and boring once more.

An Affirmation of Miracles 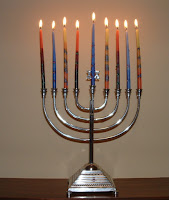 This week I went to a Singing for Pleasure group that I joined recently. We were asked to bring in short readings for our final session of the year and so I thought I'd talk about Chanukah. I first explained the history, how the small group of Maccabees won against all odds over the Greek army, how the Greek were intolerant of other religions and how they, when retreating from the Maccabees, destroyed the holy oil in the Temple. The Maccabees found one bottle of oil, enough to burn in the Temple for one day and yet it lasted for the eight days that it took them to purify more oil - a miracle that we remember each year by lighting eight candles plus a lighter candle.

Some people don't believe in miracles these days. They say that miracles only happened to people in the Bible. I don't agree with those people. What about the development of a Covid vaccination in about six months when it would normally take at least two years? And for me, my personal miracle is my grandson. When he was a toddler he almost died with Type 1 Diabetes. He's now 11 and three weeks ago, on the weekend of his sister's wedding, he stepped up onto the Bimah in the Synagogue and sang in Hebrew two pages of prayers on his own in front of the whole congregation. So don't tell me that there's no such thing as miracles. I've seen them first hand.