From football to matzo balls

Tuesday 3rd May - Leicester have won the League! We are the Champions. I may not be an avid football fan but I'm feeling pretty proud of Leicester this morning.


Football
What I know about football could be written on the side of a matzo ball (matzo balls are small dumplings for soup) but I have noticed that there's a lot of excitement around Leicester's King Power Stadium over the last few weeks. It would seem that at the beginning of this season Leicester were no hopers, and now they are almost winners of the League. I don't exactly know which League this refers to but I do know that a lot of people are very excited about it.

This Friday Leicester will be turning blue as a show of support. There will be blue banners, blue balloons, blue cakes in shops and blue jerseys everywhere. There will even be a blue strip tease posted up by Walkers Crisps. They will be removing packets of crisps from an apparently naked Gary Lineker in their Countdown to Kit Off.

As I understand it, this Sunday's game could be the clincher. Televisions will be tuned in to Sky Sport. The streets of Leicester will be silent. I may take advantage of the situation and go shopping.

Matzo
We are in the middle of the eight days of the Jewish Passover. I've blogged about the story that must be retold each year, the story of slaves escaping Egypt, of freedom and the ending of oppression here. Those first two nights, when we have the Seder meal and retell that story, are special. Not only do we get to share a meal with family and friends, we also share our well-rehearsed traditions and songs. It's the kind of communal activity that I love.

But what of the rest of the week? Eating matzo in place of bread is tough. Every year I'm reminded of how much wheat-based food I usually consume. As well as bread, there's pasta, pizza, scones, fruit loaf, the list appears to be endless. Just as too much matzo has its unpleasant effects on the body, so too must all that wheat. Maybe this year, after the Passover, I'll stick to my promise to myself and cut down on the wheat. It can only do me good.

Richard III for Kids at ArtBeat

Every year for two weeks in June the whole of the Clarendon Park area of Leicester is taken over by the ArtBeat Festival. The festival includes all kinds of art based activities. This year I've been asked to organise a session called Richard III for Kids.

I have, over the last year and a half, visited many schools to promote my Children's Book of Richard III. Each visit involved me standing up in front of the children and talking about my book but this presentation is going to be very different. Dr Richard Buckley, Director of the University of Leicester Archaeological Services, will be taking part. He is going to explain how they discovered Richard III's body and he has told me about some fascinating props that he intends to bring with him.

I am also very excited to report that we are creating a whole new dimension to the Richard III story. Richard's final day and the Battle of Bosworth will be depicted in the Indian dance style of Bharat Natyan.

Last week I met up with Nimisha Parmar for a first rehearsal. It is going to be amazing. Nimisha uses Mudras (hand gestures) in her story telling and she will be dressed in the traditional costume of Bharat Natyan.

Richard has a grand open-armed gesture. Lord Stanley has folded arms and drumming fingers. Henry Tudor's journey across the sea is depicted by a swaying body and waving arms. The marching, the flag waving, the fighting; all have distinct gestures. As I watched Nimisha's rehearsal my mouth fell open in admiration. The next rehearsal is going to include a drummer. I can't wait.

My contribution will be to tell of how a King's body came to be under an office car park in Leicester but I think I'd better 'up my game', create some exciting props, or I shall be well and truly overshadowed by my co-presenters.

You can find out more about the ArtBeat Festival on their Facebook page and this is the link to the information about our presentation. If you're in the area on June 24th, I look forward to seeing you at Avenue Road School from 4.30 until 6 pm. (I will, no doubt, mention this again nearer the day.) 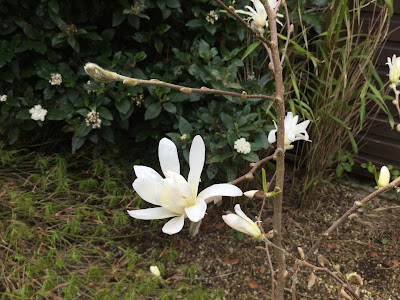 A lovely gift from a lovely friend 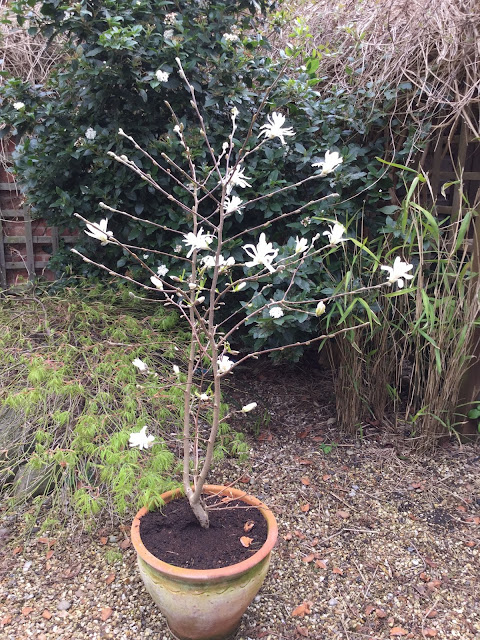 A doggy dilemma and how first impressions can be misleading…

Sunny was found tied to a fence in a car park, (How could anyone do that to any living thing?) and is now at an RSPCA Animal Centre waiting for a new home, one where he will be loved. There’s only one problem. When visitors walk by looking for their dream dog, Sunny enthusiastically tells them:

“I’d love to go for a walk and play on the grass.”
“Please, take me home with you.”
“My suitcase is packed and ready.”

Unfortunately the visitors don’t understand Dog-lish and to them his conversation sounds like a series of angry barks.

If only those visitors could take him for a walk and play with him on the grass, they would soon see that far from being an angry barking dog, he really is a little softie… 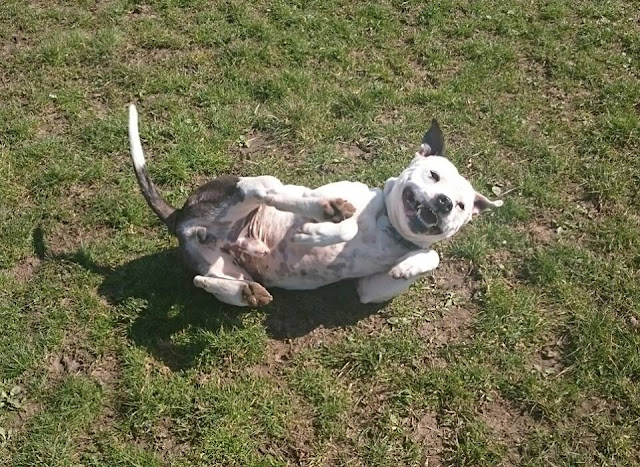 So you see how first impressions can be misleading.

(The above photograph was taken by Daughter who volunteers at the RSPCA.)

It’s not only dogs who have trouble with first impressions. We often make judgements on other people based on a brief introduction, even though we all know that being shy or nervous can affect the way a person is perceived. How do we overcome this problem? It is especially important when going for a job interview where it can affect someone’s future career. I don’t know the answer but I know that I have often assumed that someone is unfriendly until I get to know them and then I invariably realise how very wrong my first impressions were.

I am now wondering how I come across to people on a first introduction. (They possibly can’t see beyond the fact that I talk too much!)

Have you ever made a glaring mistake based on first impressions and how do you think you might be perceived on a first meeting?

If you’re interested in giving Sunny a loving home then here is another adorable photograph of him together with his contact details.
Sunny at the RSPCA's Southridge Animal Centre.