Last week my darling dog, Josh, died. He became ill very quickly. He spent three days at the vets on a drip but he didn’t respond to treatment. I miss him very much. It still hurts too much to talk or even write about him. I need to take some time out to get over this.
Posted by Rosalind Adam at 13:57

She wears fluorescent green wellies, her jeans are turned up a little too much to be fashionable, and her blue waterproof coat is one size too large. Her dog trots along beside her and she is talking. She could be talking to the dog but, as he never appears to reply, she is in effect talking to herself. The writers among you will be preparing to use her as the batty lady who inadvertently becomes a key witness to a crime in a who-dun-it, or as the under-cover witch with awesome magical powers in a children’s novel, but before you unashamedly include her in your next piece of creative writing I must warn you that the lady is me.
I often talk to myself. It’s not a new phenomenon brought on by the recent stresses of an ill husband. I can clearly remember many years ago a teacher colleague looking round my classroom door, her brow furrowed at the sight of me chattering away to a pile of Year 3 artwork and an emerging wall display.
But why is there such a stigma in talking to yourself? I bet loads of you have done it in private and would happily do so in public if it wasn’t for those worried glances from passers-by in the street. Even in a crowd I’ll bet you’ve muttered things under your breath, keeping the tone way down low so others won’t hear, but why should you keep the tone low and why shouldn’t you talk to yourself?
Talking to yourself can clear the mind. When you read a manuscript out loud, you get a better awareness of the lumps and bumps that need ironing out. It’s the same with your thoughts, concerns, plans for the day, anything that’s going round and round in your head. Say it out loud and you can more clearly see what the problem is and what needs to be done. It’s also an excellent way of letting off steam, like shouting out ‘I don’t believe it!’ (or similar phrases) after running for a bus only to have the driver pull away as you reach the door?
Even if you’ve never, ever had the slightest desire to hold a conversation with yourself, there is one thing that I would urge you all to try at least once. You see, it is possible that when people thought they saw me on the park talking to myself they were mistaken. I was probably singing. I wouldn’t suggest trying this in a crowded street. If my voice is anything to go by it could well offend, but when I’m on my own I stride across the field in my fluorescent green wellies with my jeans turned up high enough to avoid the long wet grass and I sing to the birds and the trees, to the bushes, even to the rising sun. What's so wrong with that?
Posted by Rosalind Adam at 16:42

Labels: characters, talking to yourself

It’s tradition. Pass round the apple and honey at the time of the Jewish New Year for a fruitful and sweet year to come.

Every year I chop up apple, pour out honey and wonder if it can possibly make a difference. I know that eating apple dipped in honey can’t change my future life but it can change the way I view life in general. It makes me think of that lovely holiday in Bruges, those atmospheric early morning walks with the dog, that morning coffee and chat with a good friend. This has not been the easiest of years but it has been a fruitful one and there have been sweet times. My beautiful new grandson was born. I had my children’s history book accepted for publication. I’ve make a lot of lovely new blog friends.
The sun will be setting in a few hours time. I’ll soon be getting out the pot of honey and selecting the rosiest of apples, only this year I’ll peel them and chop them into thin pieces so Rod can manage them, and together we’ll look forward to a year that’s not only fruitful and sweet but full of good health too.
Happy new year

Writing or cleaning – what a choice!

Five weeks ago, when Rod went into hospital, I was chasing a deadline for my children’s local history book (There'll be more details about this when I get the publication date, final title etc from Hometown World Publishers!). I’d been working on the book for about two months. The research was fascinating and the writing was keeping my mind off the inevitable worries of Rod’s illness and treatment but it was a relief to submit it. I needed a break from work... or so I thought. Unfortunately this left my brain with no distractions, especially in the middle of the night. You know how it is. It’s 2 am, you’re wide awake and dark thoughts are hanging around your mind. That’s when I try to think about my current writing project. It’s a strategy that I’ve developed and it’s one of the reasons I love/need to writing, but I couldn’t be creative with Rod in hospital and, now he’s home, I’m struggling to find the time. I’m too busy cleaning! 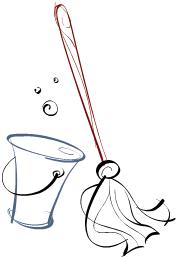 As a result of the chemotherapy treatment Rod has profound neutropenia. This means that he has no resistance to the everyday bugs that the rest of us live with quite happily and so I have had to develop a coping strategy. I vacuum, mop down, disinfect handles, sinks and toilets and change the towels every morning before he gets up... that’s the theory anyway! His food must be prepared fresh each day. He’s not allowed to have anything reheated. He mustn’t eat raw food which includes those lovely tomatoes that he’s been nurturing all year, although they’re still delicious skinned and fried (if only he could taste them above that tinny taste in his mouth). Of course, surfaces and utensils need to be extra clean and food must be well cooked through and through. I have to admit to always having been a bit obsessive about this sort of thing and so now that I’ve been told by a doctor that I HAVE to do it... well, let’s just say I’m trying not to become too paranoid.
So it’s all the more important that I have some writing to occupy my mind. Many people have asked me if I’m going to write Rod’s treatment into a story. I know that writing is therapeutic. That’s why I write this blog, but it feels too immediate and raw to turn it into fiction just yet. Maybe I’ll do it one day but for now I’m going to return to my short stories and children’s writing and banish those night-time panics... if only I can grab the time in-between the mop, bucket and disinfectant wipes!
Posted by Rosalind Adam at 11:15