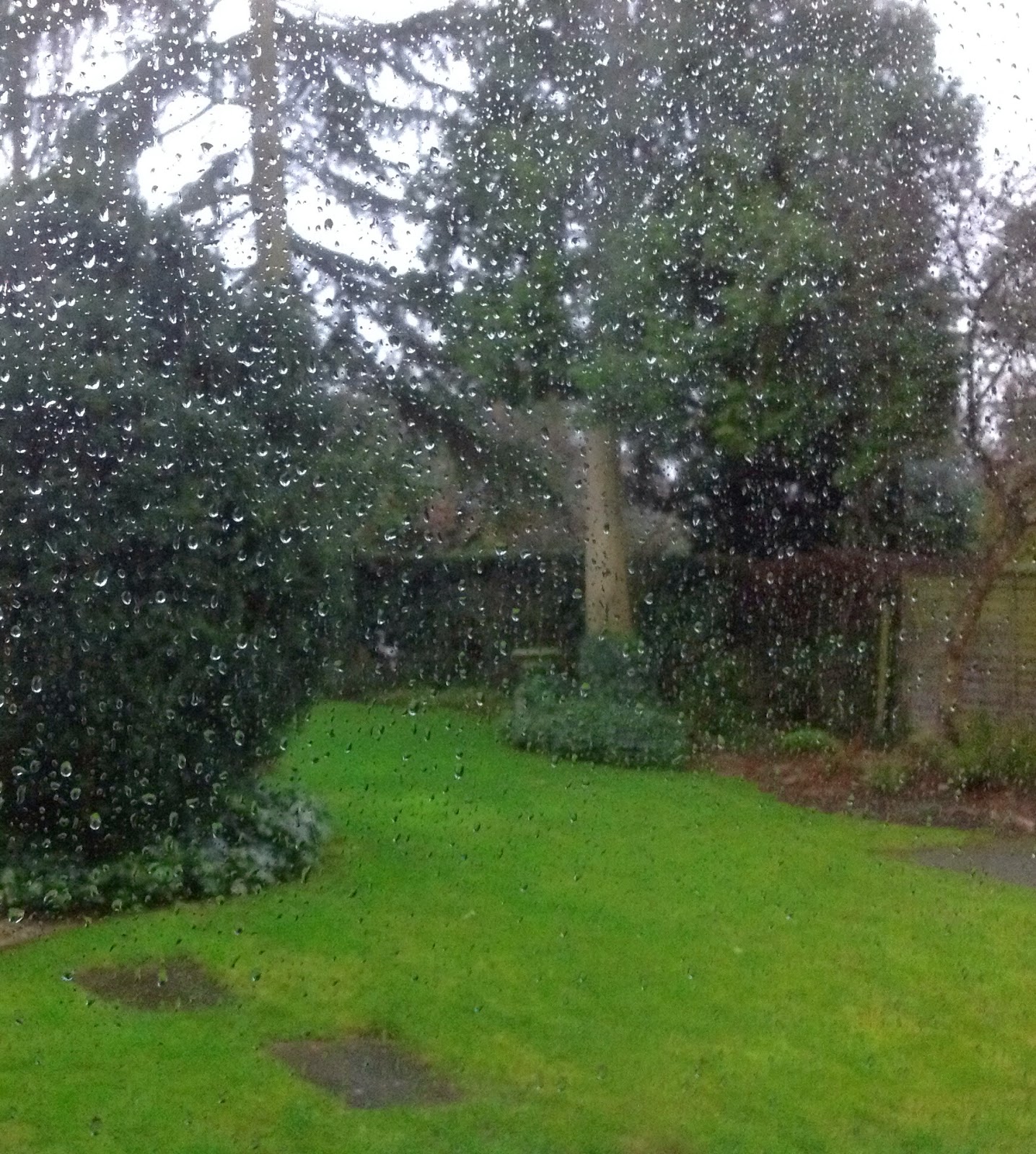 As I write this the sky is leaden, the rain is hammering on the window, our gas fire is battling against those inevitable 'old-house' drafts and I have the light on in the middle of the day. This is when my thoughts turn to soup.

If there's one thing more comforting than eating soup, it's making it. I like to have a freezer full of the stuff. My usual variety is a root vegetable free-for-all. When the kids lived at home they called it Mum's Orange Soup. If you're reading this now, Dear Offspring, these days my Orange Soup is a little more sophisticated.

A few weeks ago I bought a large bunch of coriander leaves from the greengrocers. I really should make a proper shopping list before going out because I then had to decide what to do with the stuff. Obviously I made carrot soup, loads of it, but I know from experience that if you freeze carrot soup with chopped coriander leaf in it, the coriander goes black, tasteless and disgusting so I had a plan. I called for kitchen assistance:

We chopped up all the coriander leaves, divided it into ice cube trays, topped them up with cold water and froze them. I trialled it this week. I defrosted one of my many pots of carrot soup and popped in a coriander leaf ice cube. Perfect! Still green. Lovely perfumed flavour. Result!

If anyone isn't sure how to make carrot soup then you're very welcome to have my recipe, such that it is. It's all very similar to every other soup I make in that nothing is weighed or measured and it begins by frying a couple of onions and several cloves of garlic in with a splash of olive oil. I then add loads of carrots and one potato for the consistency. I season with smallish amounts of ground coriander, ground cumin and ground chilli. I add vegetable stock so that it just covers the vegetables and I simmer it for half an hour. I swoosh it with one of those stick blenders and that gives me a very thick carrot soup. I freeze the thick soup and add milk to it when it's defrosted. I also now, of course, add one or two coriander leaf ice cubes. You can squeeze the juice of an orange into the soup but I prefer it without.

Do please share and if it's not orange I'll make it next time one of the kids come to visit. That'll surprise them!

How different the world would be if.....

I’ve been spending so much time at the Cemetery lately that I’ve started to think about the ‘what ifs’ of life. What if those who died young had lived and had the chance to make a valuable contribution to society? How different would our world now be?

My total involvement in all things cemetery is to do with the Heritage Lottery funded project that I’m coordinating. We're cataloguing Leicester’s Jewish Cemetery. I explained about it here and here. We now have a database which contains a record for each grave. Most of them have yet to be filled in but when we have completed this mammoth task, the information will form the basis of our genealogical website.

I have been researching the first burial at the Cemetery; a young girl, Nina Rosina Berger, who died in 1902 at the age of 13. From my research it would seem that she did not live long enough to make significant contributions to her society but her father did. I have a picture of him, Mr Frank Louis Berger, found at the Leicestershire and Rutland Records Office. 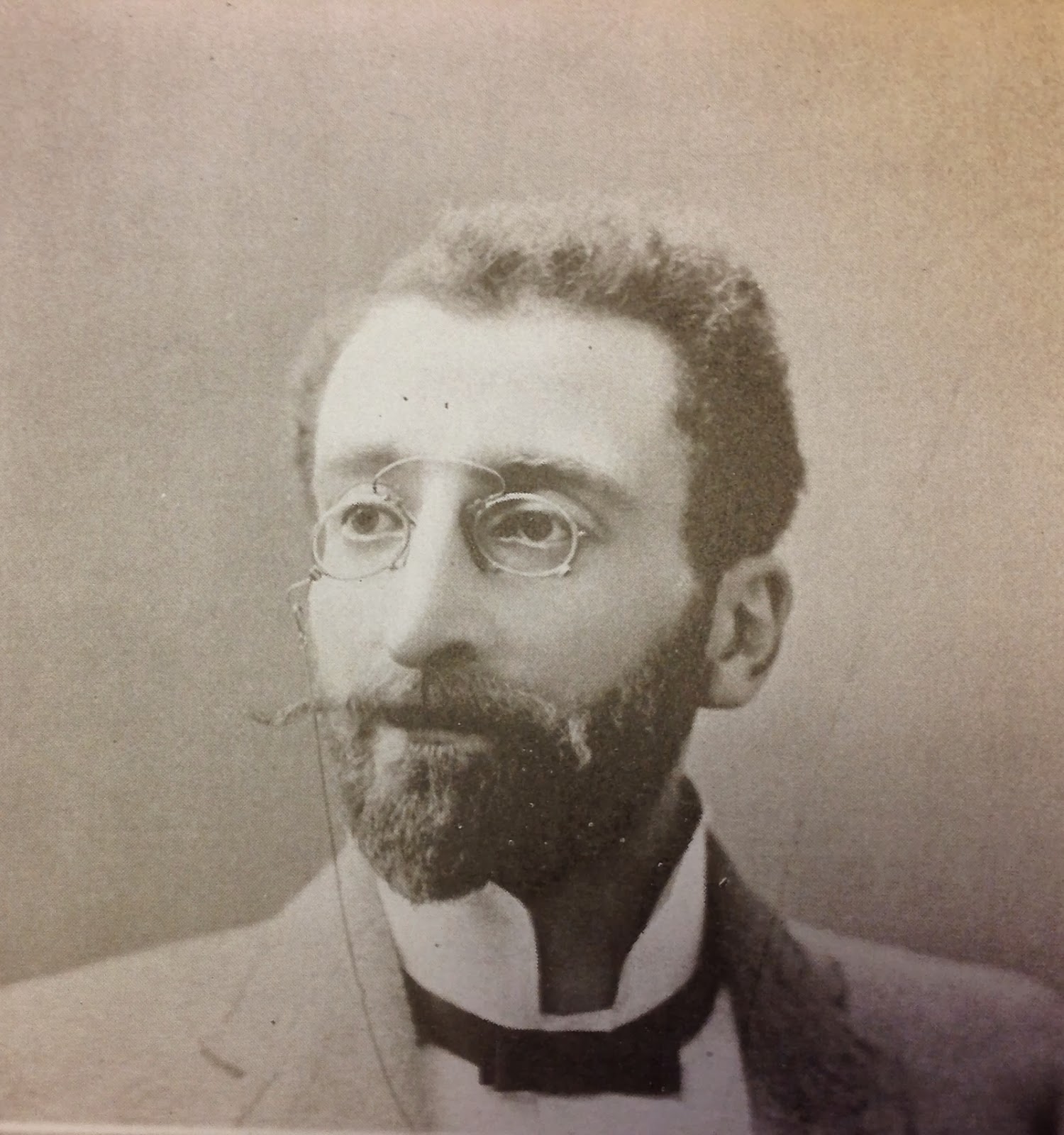 “From small beginnings the firm has risen and it is a fact that to-day they have over one thousand different styles of Boys’ Sailor Suits in Velvets, Plushes, Serge, Tweeds, Worsted, &c…..”

There are plenty more snapshots of life to be rediscovered as we progress with our project, but this got me to thinking about other lives lost. This year there will be a lot of rediscovering events from 100 years ago as it is the Centenary of the outbreak of The Great War. Leicester’s Jewish Community sent 49 men to fight in the 1st World War, a major contribution as there were only 37 Jewish families in Leicester at that time. Fortunately only three of those men died in action. 46 returned to continue their lives but, as history reminds us, millions and millions of young men never did return. The total number of deaths has been estimated at over 16 million.

If you speed read that then please slow down and think how many parents mourned and how many lives were lost... a million lives 16 times over.

How many of those young people would, had they lived, have made major contributions to life, cures for diseases, innovative developments in the arts, exciting new technological advancements? How different would life have been if these people had not been pointlessly slaughtered? We’ll never know. I’d like to think that at least we’ve learned lessons about the futility of war but I know that we haven't.

Do you think we'll ever be able to put an end to war?

This week I am about to embark on an exciting new venture. I’m going to be working with a very talented illustrator to turn my text about Richard III into a highly illustrated children’s book. Firstly I’d like to introduce you to the illustrator. Her name is Alice Povey and you can see examples of her work on her website at Alice Povey's Portfolio.

Secondly I'd like to explain how we met. To all those people who still think that Twitter is a waste of time, I got to know about Alice through my Twitter discussions with her mother @Richard1483. As you can guess from her Twitter name, she's even more enthusiastic about 'everything Richard III' than I am. That was how we got talking. She mentioned her daughter. I looked at Alice's website and we were 'in business'. Don't you just love Twitter!

Back to Alice and the book, we're about to have our first meeting to discuss the project. I've never before had the opportunity to work so closely with an illustrator and I'm really looking forward to viewing my work through an artist's eyes. The text follows Richard's life, from when he was a young boy, through the confusions of the Wars of the Roses, to his rule as Richard III, his death at the Battle of Bosworth and his subsequent rediscovery under the tarmac of a Leicester City Council car park, including a bit about the science that was used to properly identify his remains.

The proposed publication date for the book is Summer 2014 which brings me to the only negative point in this blog post, the disagreement about where Richard's final resting place should be. The case was taken to the High Court in London last November but was adjourned because there were issues to be resolved. The next hearing will not be until 13th March 2014. I won't go into all the politics about where he should be buried. I'll just say that I hope they rule in favour of keeping him here in Leicester. It would mean a lot to us Leicester folk and I must admit that I have already written the final page of the book. I do hope I don't have to rewrite it!

Since my last blog post there has been a lot of weather.

[There have also been many family visitors, masses of cooking, loads of entertaining, plenty of playing and much falling into bed exhausted! It's over now and, even though it was exhausting, I miss them, but back to the weather...]

Weather is a strange phenomenon. Imagine trying to explain it to an alien; dark patches in the sky telling us that H2O is about to fall onto us...

...so much H2O falling that people and houses are swept away, frozen H2O making it impossible for vehicles to drive along roads or for people to walk around.

Then there are thick mists, tiny particles of H2O hang in the air so we can’t see where we’re going. Weird, isn’t it, and as for explaining the wind, you can’t see it or smell it or taste it but it hits you so hard it can knock you off your feet and lift the roof off your house.

The sun might be an easier concept when it comes to explanations for aliens; a ball of fire in the sky drying up the H2O, keeping us warm. This reminds me of one of my favourite Aesop’s Fables, The One About The Wind And The Sun. You probably know it but here’s a précis in case you don’t…

One day Sun and Wind had a row about which one was the stronger. They saw a man walking down the road.

“I shall blow that man's coat off to show you how strong I am,” said Wind but the more he blew, the more the man held the coat tightly around himself. Wind was quite exhausted with the effort.

“Let me show you how strong I am,” said Sun. “And I won’t even have to tire myself out.” He quietly sent down his warm beams and the man took off his coat. The End.

Do you have a favourite Aesop’s Fable?