An MA in Creative Writing? At my age? What would the other students think? What would they see when they looked at me? After a stern pep-talk from Daughter and a third outfit change I was ready to face them all.

On campus I was surrounded by students wearing red lanyards, bearing their plastic encoded ID. It was over 30 years since I had graduated from Leicester University. There were no plastic encoded cards in those days, never mind lanyards around people’s necks. Doors were opened with keys, metal ones, and our student ID card was just that, a card, folded into a booklet with our photograph stuck inside. I still have my old ones and have been known to use them as after-dinner entertainment. It was the hair. Year 1 shows me with straight, dare I say, boring hair. In Year 2 it had become a little more ruffled but by Year 3 I was sporting a full-blown, shoulder-length, curly perm, chestnut black with a hint of red.

Just the sight of all those red lanyards made me childishly enthusiastic at the thought of sporting my very own. The large hall in the Charles Wilson Building was set up as a temporary ID issue point. From the door I could see members of staff handing over lanyards with the regularity of a car production line but, as I entered the hall, I was stopped by a security guard.
“Can I help you, Madam?”
“I’ve come to collect my ID card.”
“You mean, you’re collecting one for somebody else?”
My eyes narrowed. “No, it’s for me.” I was trying to keep the anger from my voice.
“Oh!” he said. “How…”
“Don’t!” I snapped but he continued anyway.
“How very brave of you. Well done.”
I was lost for a suitably stinging retort.
“I’m doing an MA!” I barked as if that explained it all, as if there was anything that needed explaining. I thrust my head up and strode past him into the hall. I queued at the wrong desk and then, lanyard hanging awkwardly around my neck, tried to exit through the entrance door. It took a coffee, a strong one, for me to half-recover but I was still seething. I needed a good experience to end the day. Would I find it in the library?

I now had my seemingly endless reading list and I asked the librarian how many books I could take out. She checked my ID card and replied, but it was noisy in the reception area and, please remember, I’m not as young as I was.
“Pardon?” I said. “Did you say 14 books?”
“No,” she grinned. “I said 40.”
Forty books! A perfect end to an almost perfect day. MA in Creative Writing? I’m ready for you now.

Days are getting busier. Life is cranking up a notch and here’s why:

I have just registered as a part-time student at Leicester University to study for an MA in Creative Writing. I’ll be a part-time student and so it will take two years to complete. I may use some of my family history research as a basis for wider writing. I have a lot of information about the refugee situation in the early 1900s, about the arrival in England of Yiddish speaking strangers, with a different culture, different beliefs, frightened, bewildered aliens. Prepare to read more about them.

I’m in the middle of researching and writing a book on the history of the Leicester Progressive Synagogue. It is turning out to be more time-consuming than I expected (isn’t everything!) but there are many fascinating stories being unearthed. They’re not yet ready to be told here but I may share a few before publication. The Synagogue building is called Neve Shalom. It was named after a village near Jerusalem where Jewish and Palestinian-Arab families live together in harmony. Neve Shalom means 'Oasis of Peace'. Isn't that a lovely name. 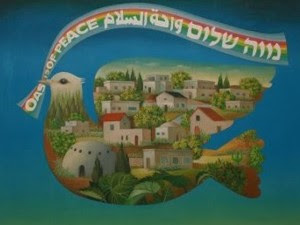 Talking of an oasis of peace, I’ve re-joined the Leicester Writers’ Club and this has inspired me to get back to more of the creative side of writing. They are excellent at critiquing and I only wish I hadn’t stayed away so long. We meet every Thursday evening and it’s going to be a haven for me in what promises to be an extremely hectic year.

Alongside the writing, I am still organising monthly talks, helping to run a weekly luncheon club and swimming at least twice a week. So if I don’t come around here quite as often as I used to, then please forgive me. In the words of that creepy guy from the films, “I’ll be back!”

It surprised me to see that it is five years since I posted up this poem. It's still relevant, still true to the very last word and so, as Strictly Come Dancing returned to the TV yesterday evening, I'm reposting my Strictly poem.

Strictly Come Dancing is back on our screens.
I’m as happy as Len with a ten.
From now til December I’ll jive in my dreams
with the Strictly Professional men.

I’ll dress up in sequins, a basque made of lace,
high heels and a teeny tight skirt,
doing chasses and flicks with a smile on my face
and not one single muscle will hurt.

Now, I know that a dream should remain strictly that
but this dream is a much longed-for goal.
It’s to dance a routine with a cane and a hat
in the arms of that cute Brendan Cole.

Yes, I do mean the Great Fire of London but I wanted an excuse to use the word conflagration. It rolls around the tongue in a most satisfying way. Today is the 350th anniversary of the fire which famously began in Pudding Lane, London. 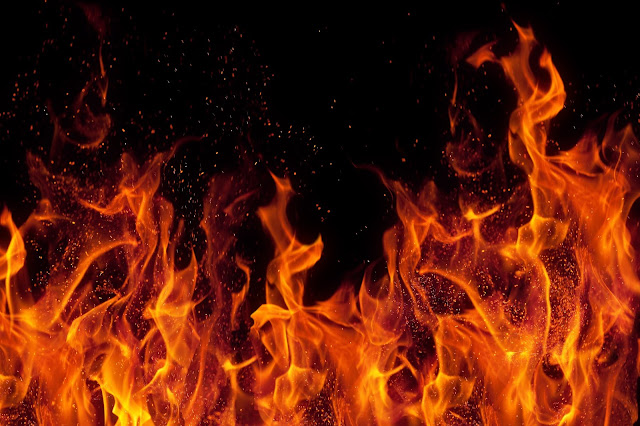 When the alarm was first raised, the Lord Mayor of London was told of the news. His response was said to be,

He was wrong! It burned for four days, aided by the recent drought and tinder dry buildings. London houses in those days were closely packed together and many were made of wood and straw so, unsurprisingly, the fire quickly spread. Somewhere in the region of 13,200 houses were destroyed and about 80,000 people were made homeless.

People came from all around to help fight the fire. Even King Charles II joined the firefighters. What's more, the fire destroyed any last remnants of the plague which had still been killing so many people only a year earlier. The main records of the event are from diarists who had little interest in the poor people. Samuel Pepys talks of such essentials as making sure he had buried his Parmesan cheese to keep it safe from the fire. Little is known about the vast encampments outside the city where the homeless were forced to settle, for anything from months to years, until houses were rebuilt.

It would be interesting to know a bit more about what happened to them but, if this had been a current event, reporters would have zoomed in with their cameras on every painful detail of hardship and deprivation. I have said this before in an earlier blog, but it bears repetition. We expect to be informed about disasters, but there is a difference between reporting the news and being given a ghoulishly voyeuristic view of these events and their effects on the victims.

Please, if you're a news reporter, back off from people's tears, broken bones and weeping wounds. They are not news. They are an invasion of privacy.