The Tricks of Time 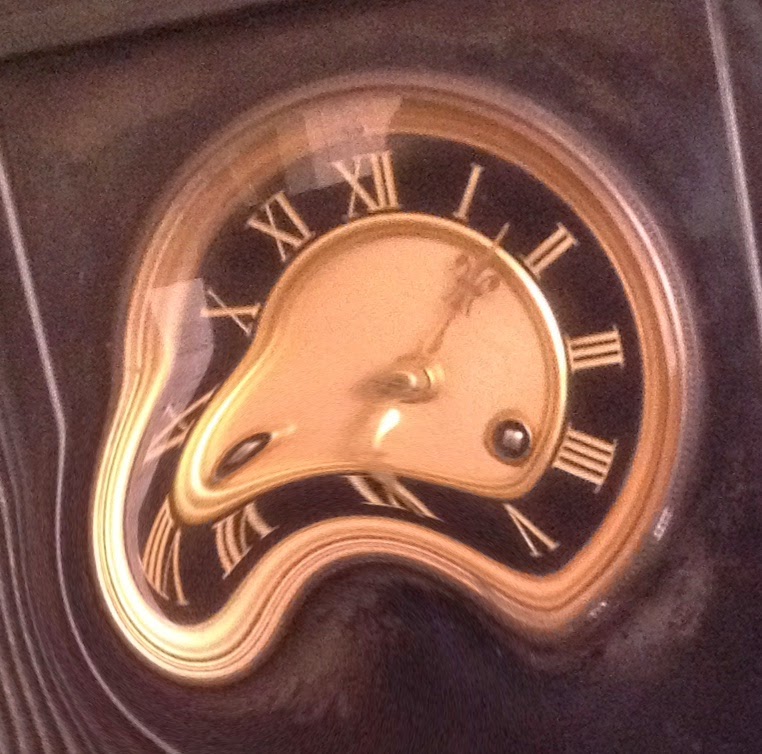 An excellent example is the Cemetery Research Project. The Heritage Lottery have allowed one year to complete it. A year is a long time, right? Wrong! There's so much work still to do and it must be done by October. Not that I'm complaining too much because the work is fascinating. I've just finished documenting the travels of a Jewish gentleman who, during the late 1890s to the 1920s, moved with his family from Turkey to Egypt to Germany. With the rise of Nazi Germany, they moved on to Paris, then to Clacton-on-Sea, London, Littlethorpe and finally Leicester. It was a privilege to record this story and it's one of many. You'll be able to read them in full when the Website is completed which can't be long because, as I said, I'm running out of time.

Time is playing its tricks with my Children's Book of Richard III. I couldn't believe the day would arrive when I would hold the pages, with their beautiful full-colour illustrations, in my hands but yesterday I did just that. We're now working on last minute corrections, tweaks and alterations - we being myself (the author) Alice Povey (illustrator and book designer) and Lynn Moore (editor and publisher). We'll soon be ready to go to print BUT why is it taking so much time for the High Court Judges to make their decision over where Richard III will be reinterred? We may have to publish without waiting for their decision, which is fine because my book tells a satisfying story even without the reinterment, and there's always the 2nd edition!

If these were the only demands on my time, then time would be almost manageable, but there have been hospital appointments too and it's common knowledge that waiting around in hospitals can make time grind to an almost halt. Mr A has just completed his regular two days of tests at the National Amyloidosis Centre in London's Royal Free Hospital. They're so pleased with his progress that they don't want to see him for a whole year. You see! Suddenly a year feels like a good and long time. But my daughter is waiting for an operation. Because of her severe endometriosis, she's going to have to have a hysterectomy. There are just over four more weeks to wait and the time is going slower than a snail.

What are your thoughts about time?
Posted by Rosalind Adam at 14:06

So I went to Caribbean Dance Exercise Class

On the radio this morning they said that women over the age of 30 run the risk of heart disease if they don't exercise regularly. They said that we should do at least 30 minutes of exercise, five times a week. This is a worry!

Firstly, it's a long, long time since I celebrated my 30th birthday and secondly, I spend far too much time sitting at this computer. I'm lucky if I do 30 minutes exercise a week, never mind five times a week. It was time for drastic action.

For several months my friend has been trying to persuade me to join her at a Caribbean Dance Exercise Class. It couldn't be more convenient as it's only on the corner of my street. So this morning, in deference to the health of my heart, I finally succumbed. The lady who runs it is lovely. She has an infectious grin and her enthusiasm, together with the lively music, kept me on the move for a whole 45 minutes!

I have just returned.
I am still conscious.
I am typing this whilst sipping coffee and slowly recovering.

Tomorrow I may feel differently but right now I'm pleased I went. Most of the others there are about my age so I didn't feel too old and I survived it with enough energy to walk home again. What more can I ask?

Well, that's today's exercise sorted. Now, what to do for the next four days?

How many times a week do you manage 30 minutes of exercise?
(If the answer is six times or more then please just comment about the weather! Thank you!)