A to Z of Leicester catch up: Q and R

Thank you to everyone who sent messages of condolence after the sad death of my Mum. I will be replying to you all over the next few days. Now I will try and catch up with the A to Z by posting two at a time.

Quorn Station on the Great Central Railway is the place to see steam trains. They run every weekend of the year with special events, a first class restaurant car and you can even have a go at driving an engine. 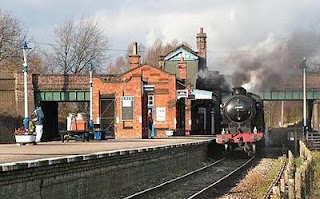 One of the steam trains at Quorn Station
Radio Leicester

Another Leicester first! BBC Radio Leicester was Britain's first mainland local radio station. It was launched in 1967 in the days of VHF. These days you can listen to it online. I’ve been interviewed many times but it’s still terrifying. 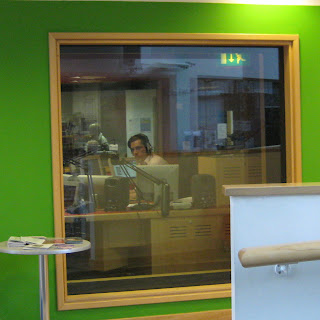 You can see the studio from the reception area. This was the studio
where I was interviewed about my new book. I blogged about it. 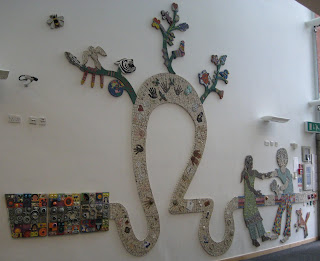 On the wall in the reception area is a large mosaic
by Cleo Mussi, Mosaic Artist.

You can listen online here
Posted by Rosalind Adam at 08:31