I hate listening to my voice on the radio but I'm guessing that some of you would like to hear me being interviewed about selling my book so here is the link:

I spent this evening at Leicester Cathedral and the Richard III Visitors Centre.

In the Cathedral we had a talk from the Very Reverend David Monteith. He told us that five thousand people had filed past the coffin yesterday and seven and a half thousand people filed past it today. They were still filing past as we sat there listening to him explain about the plans for the reinterment on Thursday.

Then it was our turn to pay our respects. We weren't given very long. In fact we were moved along quite quickly and this is why my photo is rather blurred but it was such a special moment that I decided to include it anyway. 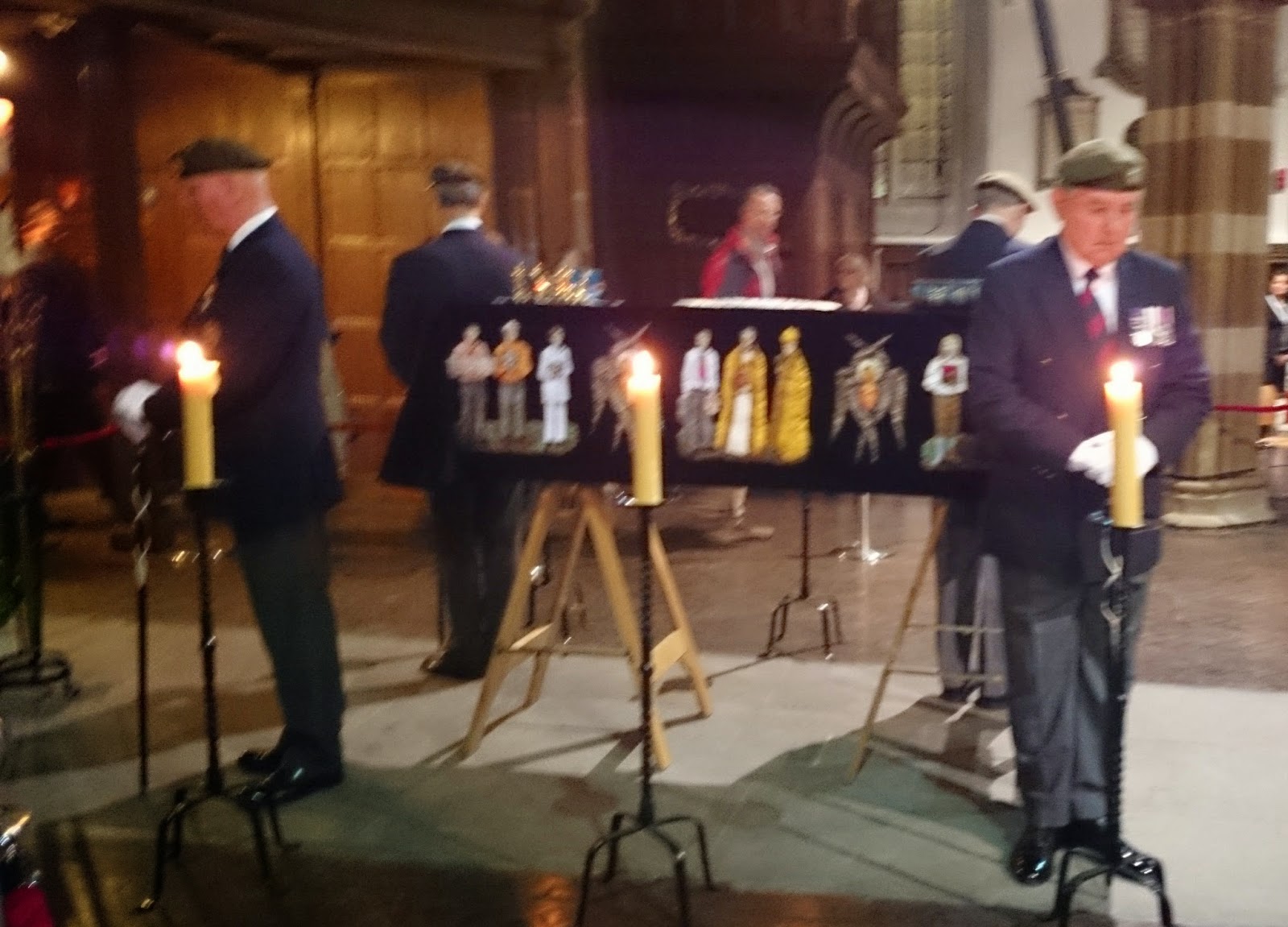