The Final Stone in my River...

…and a bit about the family too

This morning I placed the final small stone into my river. I did it! I completed the River of Stones January 2012 Writing Challenge. Some days I had to root round for an idea for my small stone while other days a small stone appeared on my computer screen without hardly a thought.

My final ten stones are listed out at the bottom of this post and, as with my earlier posts, I’ve selected two that hold a special meaning for me. This time the selection was easy and it’s no surprise that it’s all about family.

Odd to begin with a failed stone but interesting that the more emotionally involved I was to the stone, the harder it was to find the words to express exactly what I felt.

A failed small stone. I can’t find words to describe the aching tiredness in my body after an exhausting weekend with my post-operative daughter.

Just over a week ago my daughter had an op as a day patient at her local hospital. She was still very much under the influence of the anaesthetic for several days afterwards and needed a lot of t.l.c. She was hoping to bounce up and be back at work by now but, as with many things, it’s not been as straight-forward as we expected, although but hopefully she’s now on the mend.

My other special stone is no surprise.

A first. My little grandson said, “Here yar Mamma” and gave his dummy to the phone. He called me Mamma and it melted my heart.

He’s only 22 months old and I thought for a start he was talking about his Mum but he then said, “Mummee car.” So I’m Mamma. That’s so cute except that after I’d been talking to his Dad for a while he shouted “Bye bye Mamma” and waved at the phone.

Diabetes update: I mentioned in an earlier post that my grandson had been diagnosed with Type 1 Diabetes a few months ago. It was a great shock to all of us, not least because he’s so young, but now things are settling into a routine and, although his levels are still up and down, he’s coping really well with his new regime, including his four injections a day!

Some of my blogger friends have been asking how Mr A's health is these days. Thank you for asking. He has fully recovered from the stem cell transplant and the levels in his blood are, thankfully, stable right now. We're keeping everything crossed. 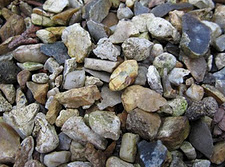 22.1.12  A failed small stone. I can’t find words to describe the aching tiredness in my body after an exhausting weekend with my post-operative daughter.

23.1.12  The dunnock knocks leaves from the gutter seeking out insects that had mistakenly preserved their juicy bodies for his breakfast.

24.1.12 Raindrops hit the puddles sending circles ever outwards, moving too fast for me to see, but I can hear them on the conservatory roof.

25.1.12 T-shirts with bows, sequins, ribbons or stripes.Trousers straight or boot leg, on waist or hips. So many choices and now I’ve spent too much!

26.1.12 The frozen lump of beige soup softens in the pan. I take a taste, still can’t identify quite what I put in it but it’s surprisingly tasty.

27.1.12 Firm, white, shiny eggs in the bowl. I press down with my fork. Yolk appears, mayonnaise spreads. White and yolk mix. Egg sandwiches.

28.1.12 I stand in the dark at the landing window. A familiar silence surrounds me. At a nearby house lights shine, people chat, children play. My silence suffocates.

29.1.12 A first. My little grandson said, “Here yar Mamma” and gave his dummy to the phone. He called me Mamma and it melted my heart.

30.1.12 I run wet hands across cold clay. It softens and shifts beneath my fingers, warming to my touch, gently inviting me to mould it.

31.1.12 I wake to the perfect pitch of a blackbird greeting the morning. I smile even though he’s really issuing a warning, “My territory!”


For those who have missed my earlier small stones, I've poured the whole River onto their own page. Please click on the River of Stones tab on the green band at the top of this post.