Leicester is alive with writers. They cover all genres. Here in Leicester we have writers' clubs, writing crit groups, poetry groups and spoken word meetings, not to mention a wealth of writing courses to help us to hone our skills in all of the above.

On the first Tuesday of each month (except for August because it's the holiday) Farhana Shaikh organises a writers meet-up at a well known Leicester cafe. Anyone can join us. Just buy a coffee and come upstairs. If you want to know more about it then tweet Farhana on @farhanashaikh

Last month, during one of the Tuesday morning meet-ups, I invited local writers to visit me here on my blog and tell everyone a bit about themselves and their writing. Today I would like to introduce you to someone with a similar love to myself; music and writing. Please give a warm welcome to my first Leicester Writer Visitor, John Martin: 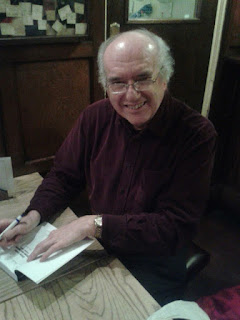 
I have loved crime fiction and music for as long as I can remember, and there's no doubt they often go together. Famously Inspector Morse (Colin Dexter) was a classical music fan, while Ian Rankin's John Rebus was more likely to be found sitting in a bar listening to the Rolling Stones. Meanwhile Nottingham detective Charlie Resnick (John Harvey) loved jazz, and Ngaio Marsh's Swing Brother Swing  (1949) is set in the world of 1940s swing clubs.

My love of crime fiction has resulted in my book Crime Scene Britain and Ireland: A Reader's Guide (Five Leaves, 2014, £9.99), but my love of music could have led me into writing much sooner. Way back in the 1970s I was an avid music fan, devouring as many music papers as I could. In those days we were well served by the likes of Sounds, Melody Maker & NME, not to mention Disc and Music Echo, and Zigzag . I wanted to be a music writer - for access to bands, of course, but more importantly, to girls. 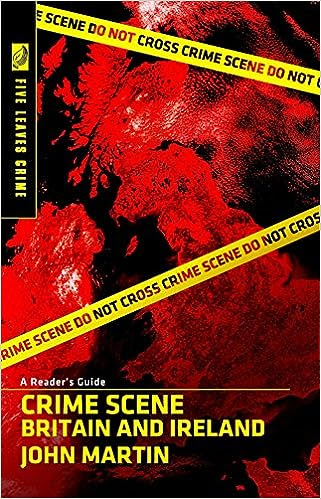 In 1977 I went to my first really big concert - Pink Floyd at the Empire Pool, Wembley, and I was so impressed that I went home (well, back to my student digs) and wrote a 5 page review. I saw them again in 1980 when they first performed their worldwide best-selling album The Wall, and again I went home and wrote it up.  If I had been brave, and sent them off to Melody Maker, who knows who they might have impressed? As it was I did nothing, and so when I was offered the opportunity to write my book in 2012 I had no real background as a writer.

Often authors say they have a novel or two hidden away that will never see the light of day. In my case it was two concert reviews, written in spidery handwriting on classic student-style lined paper.  Does that count?

If you are a Leicester writer and you would like to be a visitor on my blog during my August Blog Event then please drop me an email at rosalind.kathryn @ gmail.com

Leah Osbourne will be my second Leicester Writer Visitor.