...or has he gone full circle?

I love the way that Shakespeare has placed so many well-worded phrases into our language. I suspect that some people will argue that he took many of these phrases from earlier writers, but even if that is true it was Shakespeare who provided us with their legacy. If he had not used these phrases then they would have been lost forever. It was from his plays that they have become part of our everyday speech.

This picture did the rounds a few months ago on Facebook. Apologies to whoever compiled it but
I couldn't resist using it for this post. 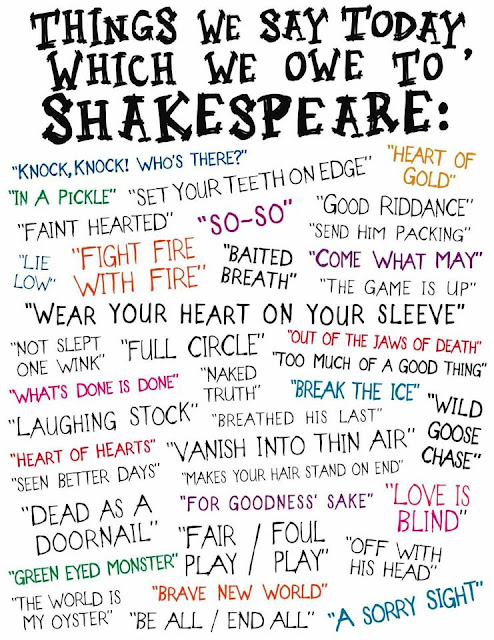 One of my many favourite extracts from Shakespeare is the famous speech given by Jaques in As You Like It:
All the world's a stage.
And all the men and women merely players;
They have their exits and their entrances;
And one man in his time plays many parts,
His acts being seven ages.....

This was something that, as a teenager, got me thinking for the first time about the aging process, about the concept of 'seven ages of man'.

What is your favourite Shakespeare extract or phrase?