Sticks in a Bundle are Unbreakable 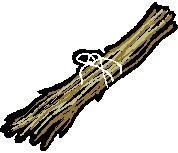 The title of this post is a Kenyan proverb and a lovely way of talking about the security of being part of a group. Rather like ‘United we stand divided we fall’, it’s the sort of feeling strikers get when they walk out together in order to raise awareness of a valid complaint.

I decided to Google the phrase and discovered that Sticks in a Bundle are Unbreakable is the name of a movement based in South Korea who want to...

"...reach to the needy through numbers, through working together and through spreading love. In unity lies strength and the more people who become aware of different humanitarian needs around the globe will seek out solutions faster."

Now that's an amazingly positive use of group strength. If only everybody had the same ideals. You can read more about them on their Facebook page.

I decided to look for more proverbs with a similar message. [Yes, I was supposed to be writing and no, this was not a strictly necessary activity but it was enjoyable nevertheless!]

None of us is as smart as all of us:
Brainstorming ideas can produce much better results than sitting scratching your head and thinking on your own. It works particularly well with a creative writing class, which brings me to writers' critique groups. They're not only helpful but they're enjoyable and inspiring too. If you're a writer and you don't belong to such a group then you must join one now!

A single leaf provides no shade:
I’m not sure if the two examples I’ve given here quite fit this proverb. What do you think?

Firstly, singing in a choir has a totally different feel to singing solo. I’ve only tried it once and it was amazing to be part of that wall of sound.

Secondly, my most mind-blowing group experience was when I took part in a group meditation. I’d tried meditating on my own several times with little success so when I joined a group I wasn’t expecting much, but as the group leader talked us into the meditation I could feel an atmosphere surrounding me, almost like a presence. I felt calm and positive and there was something else that I can't put into words, something quite spiritual. I've never experienced anything like it before or since. 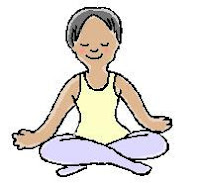 Have I interpreted the ‘single leaf’ proverb correctly?

And what has been your most powerful group experience?