What a treat I had this morning!

I have often read how playwrights either love or hate watching their words being acted out on stage. Well that was me this morning and I loved it!

CCM Theatre Company have turned my Children’s History of Leicester into a play to be performed in front of schools throughout the City. They have been supported by the Schools Heritage Fund who are providing a class set of books for each participating school.

This morning I was invited to watch their very first production of the play. They took my gambol through the history of Leicester, from Roman times to the present day, and they turned it into a comedy, a farce, a tragedy. They had the children hanging on their every word. It was brilliant.

I’m making this sound like it was a mammoth production and yet the Company consisted of three people; three talented actors. We, in the audience, didn’t notice that there wasn’t a cast of hundreds. Neither did we notice that they only had time to change hats and scarves between scenes or that the main props were an old chest and three stainless steel ladders.

It was truly an inspiring experience. A big thank you to the CCM Theatre Team, Michelle Gutteridge, Claire Cogan and Jed Spittle for bringing my words to life.

Here are a few shots of them in action. They're not very clear so apologies to the Team. I was trying to be unobtrusive. 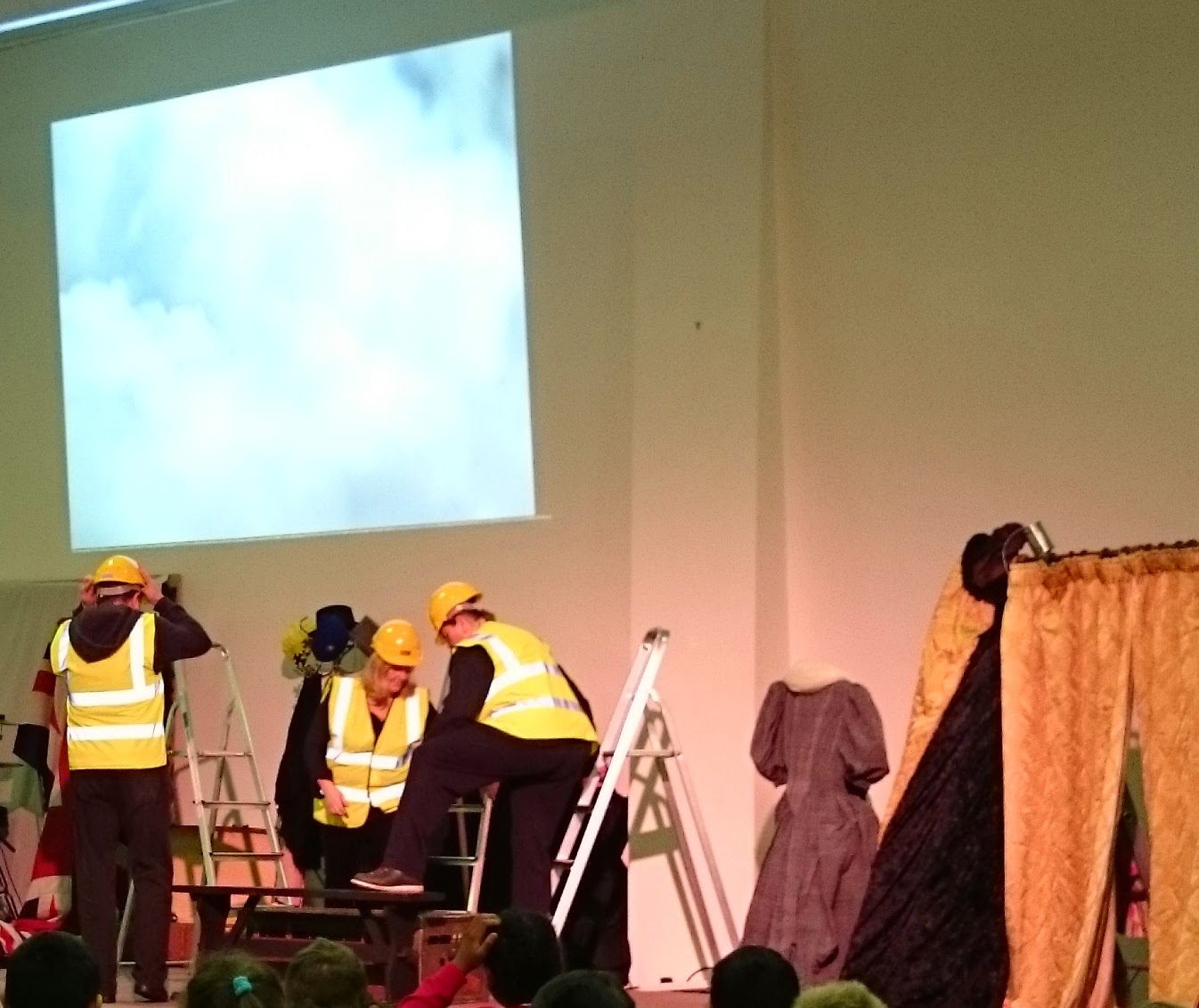 This second photo is their rendition of Richard III with the Witch of Daneshill to the right of the shot. 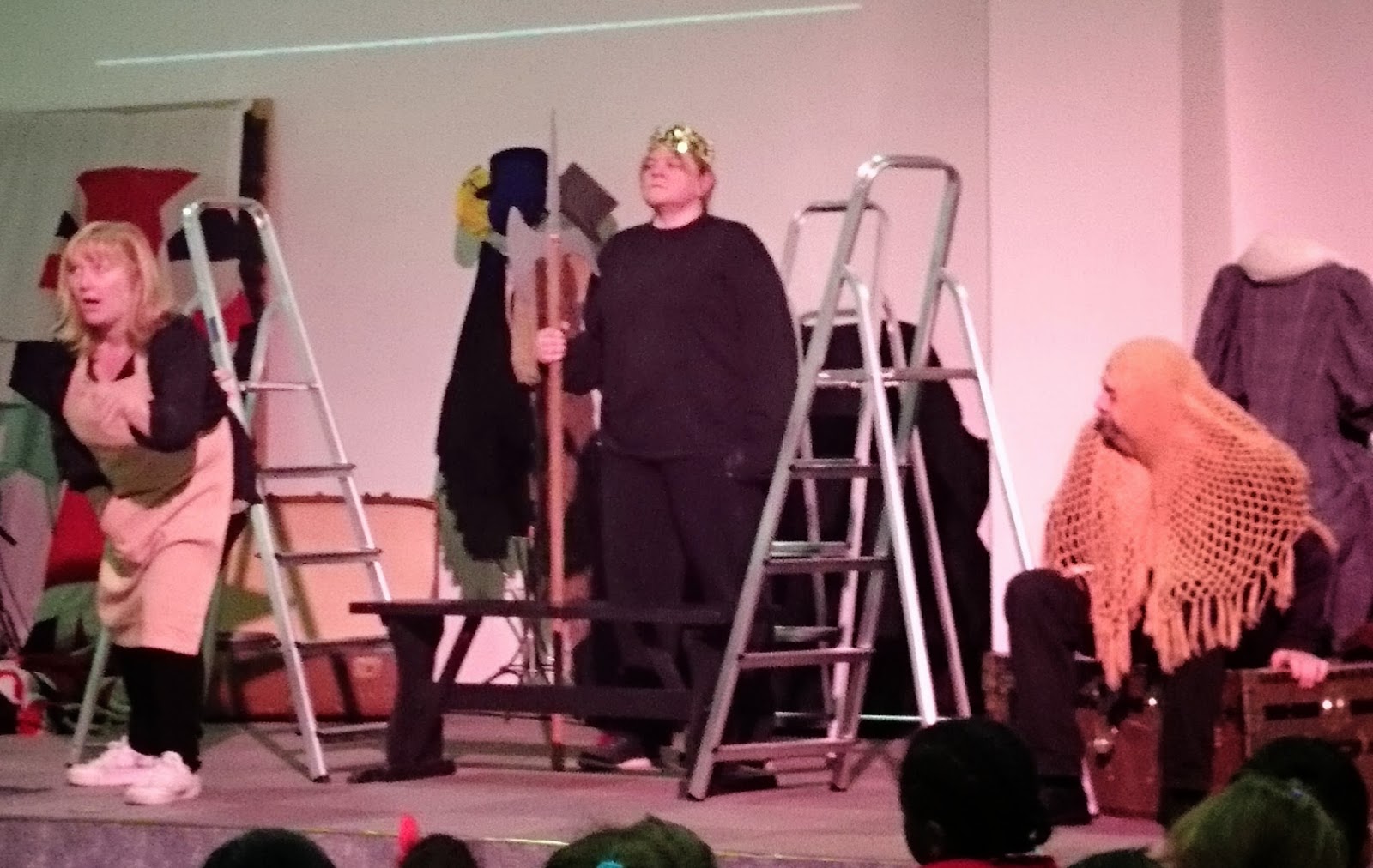 The third photo shows them working hard at the Stocking Frame Knitting Machines. The three ladders to the right of the photo had minutes earlier been the railway tunnel at Glenfield bringing the first steam train to Leicester. 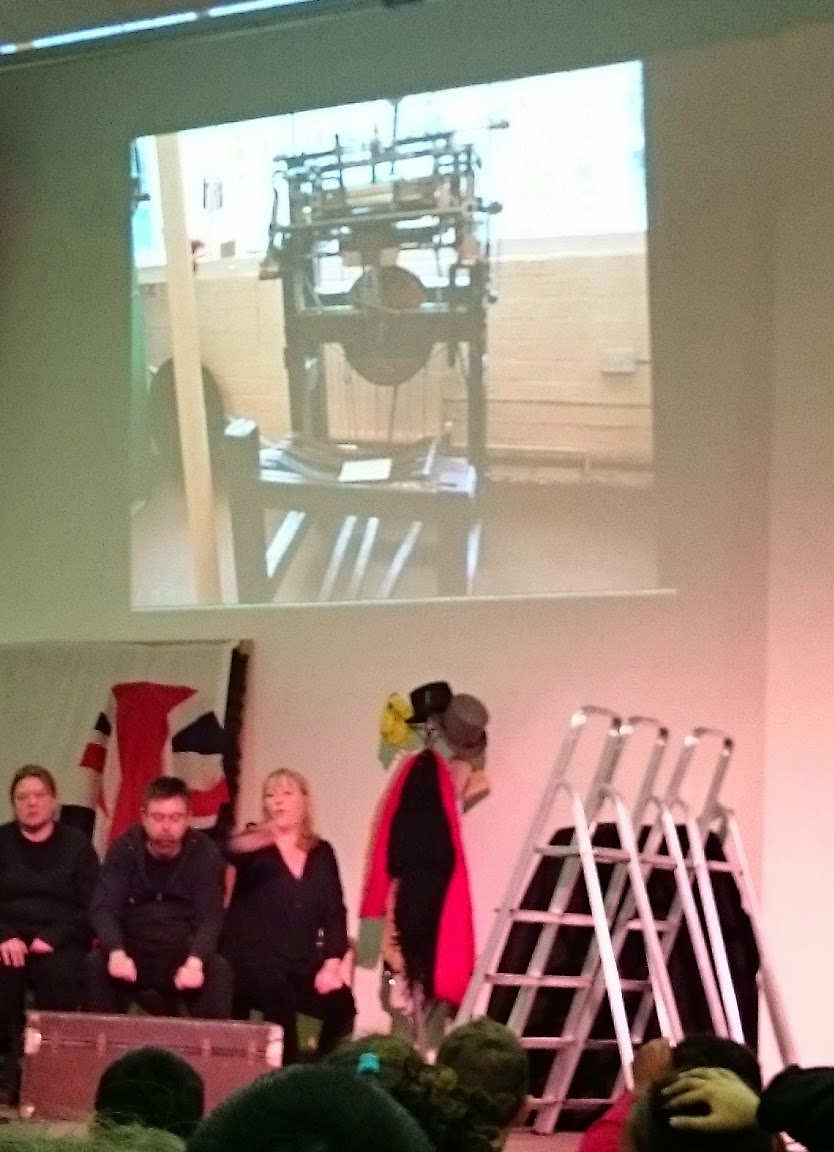 And this is my book that started it all off. 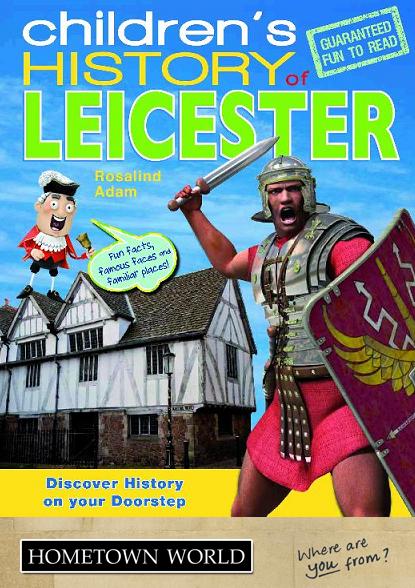