The other day I went along with Lynn, my publisher, to the printers, Soar Valley Press to do a final, final check of The Children’s Book of Richard III. I found myself discussing gutter marks and bleed lines. I’m learning so much! Here is a preparatory version of the complete outside cover; back, spine and front. 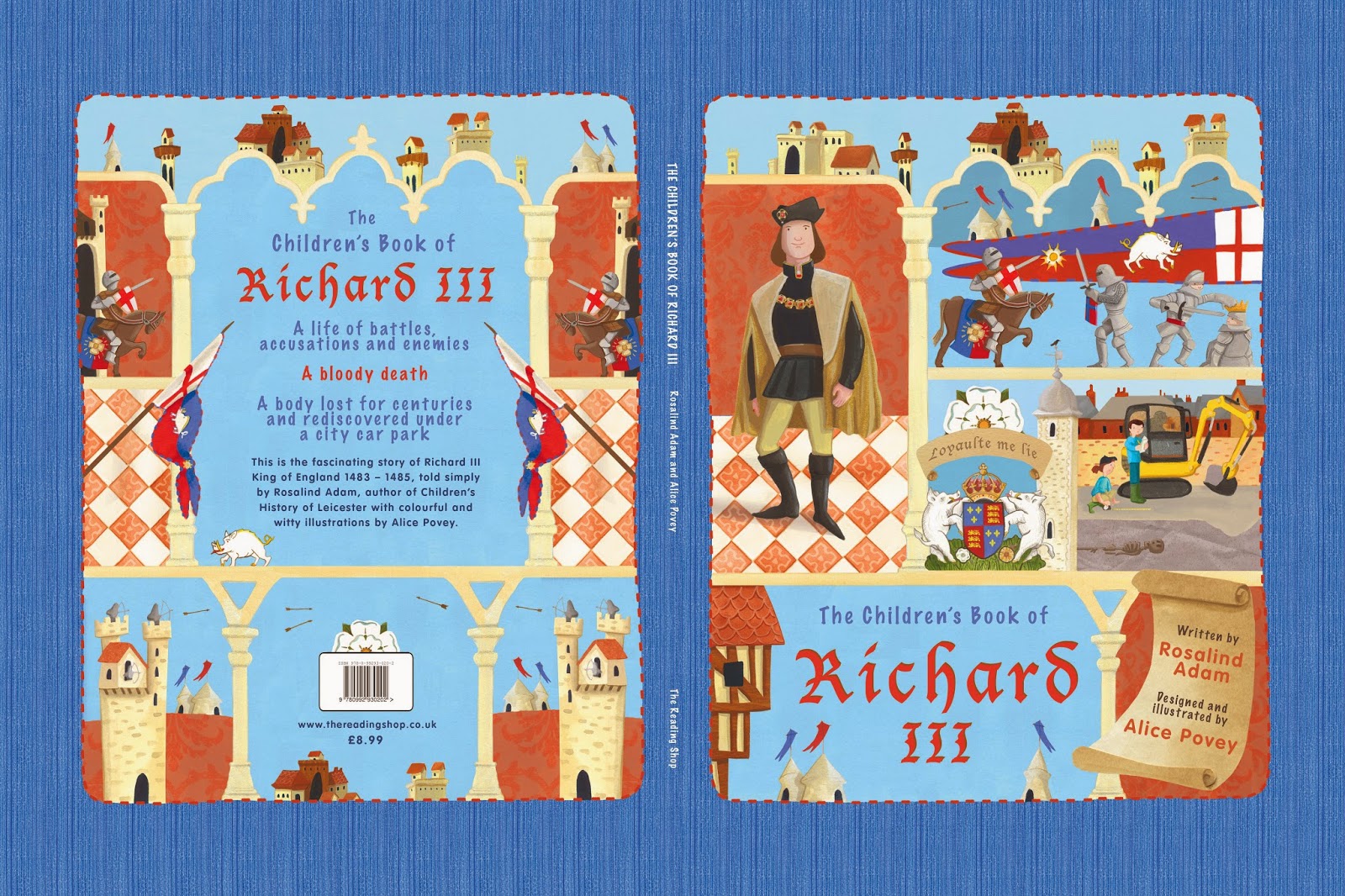 Everything was good with the proofs so now the printers are printing and binding while I sit back and sip tea… I wish! We have two launches to arrange; a media launch and a private launch. We have promotion to do; schools, retail outlets, anyone who will listen and I’m proposing to do school visits next term.

The school visits are going to be fascinating. The contents of the book are relevant to a number of areas of the curriculum, not only history, and we hope that this element proves to be an additional selling point. It’ll be strange standing up in front of children again, a bit like being a grandma. I can have lots of fun, drawing on skills that I honed when I was younger, and then I can hand them back at the end of the session.

For those of you who are getting fed up of me rabbiting on about Richard III, I thought I’d tell you a bit more about the cemetery project. This week I’ve been working on an article about headstone embellishments. It was researched and written up by one of my team and I’m sorting out photos to illustrate it and preparing it for uploading onto the project website.

In modern Jewish cemeteries it’s customary to have plain headstones, usually with just a Star of David embellishment on them but in the early 1900s the designs in our cemetery were quite elaborate and very similar to the headstones in the non-Jewish part of the cemetery. A recurring theme among the earlier headstones is ivy adornments, ivy being a symbol of immortality. One of the most fascinating headstones has a cut down tree, representing a life cut short and probably a reference to the ‘tree of life’ mentioned in Genesis. 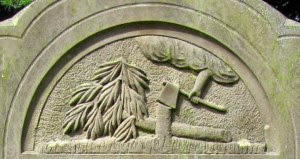 I seem to be learning something new every day at the moment. Steep learning curves are exciting but just a little tiring. Maybe I will sit back and sip tea after all.

Have you experienced any kind of learning curve recently?
Posted by Rosalind Adam at 17:38