It was St Pancras Railway Station

Well done, Hilary, you got it right but you did admit that it was a bit of a guess. I am surprised. I truly expected all those of you living in the UK to know that the photo in my last post was the top of St Pancras Railway Station in London. Here is the complete, uncropped view that I had of the building as I walked along Euston Road towards the station to catch my train home to Leicester. 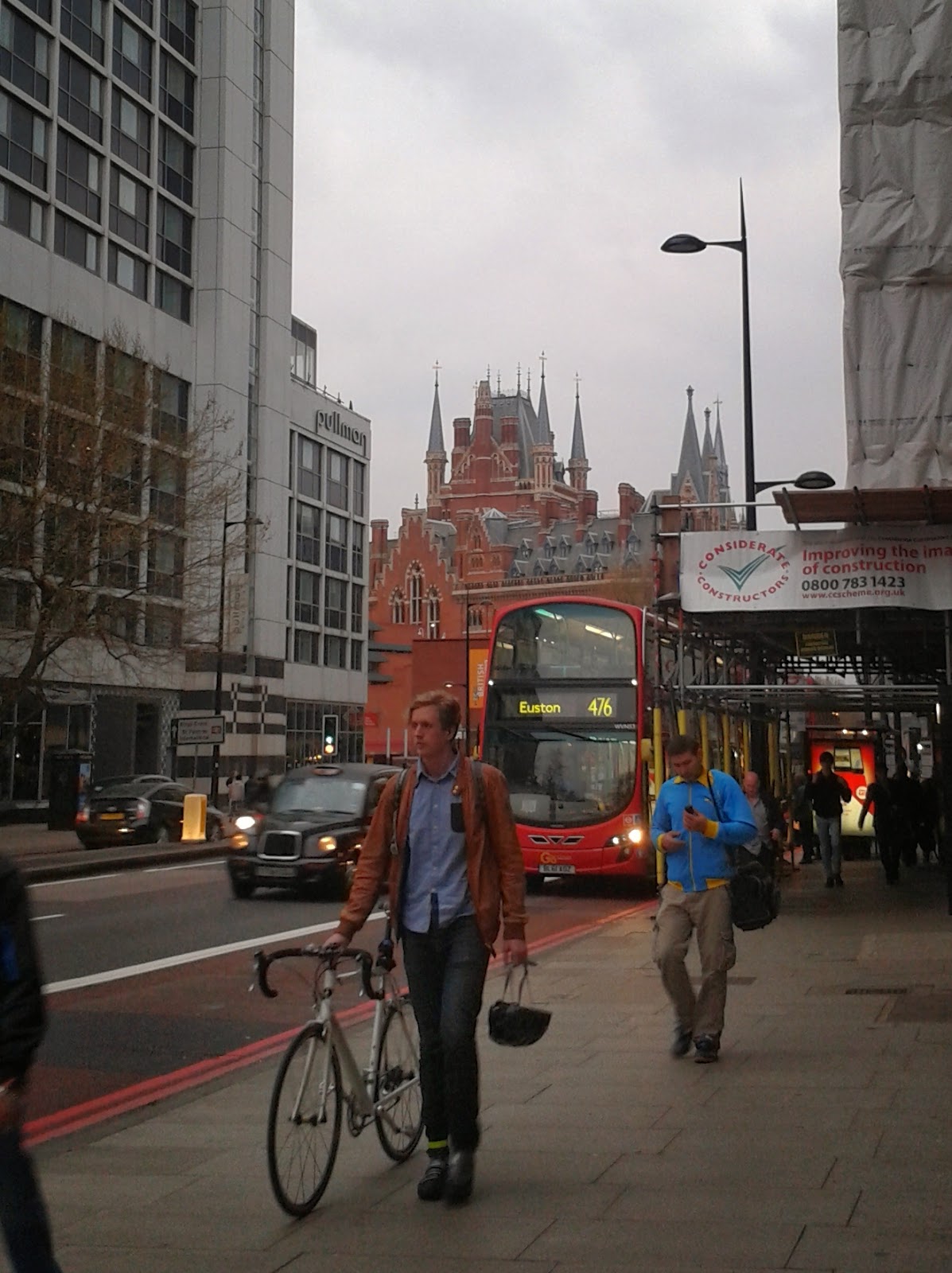 St Pancras Station has recently been renovated and is now beautiful, both inside and out. The front has been turned into a luxury hotel and the station is now called St Pancras International as it is the terminus for the Eurostar trains to France. The modernisation work combines the old with the new providing sculptures, art work, shops, cafes. There's even a Champagne Bar.

It's hard to believe that in 1966 they almost demolished the entire station. There were plans to amalgamate it with Kings Cross Station just across the way. Thankfully it was saved. This could have been due to public opinion following an earlier demolition disaster. In 1962 Euston Station was demolished. The 1960s saw a lot of demolition of old buildings. The nation seemed to show little interest in preserving them but Euston Station was different. It was of special architectural interest, with a magnificent Doric Arch as its entrance. A passionate 'Save the Arch' campaign was mounted but failed. The whole edifice was destroyed and all in the name of modernisation. It truly is heartbreaking but it may have been this campaign that prevented St Pancras from suffering the same fate.

Have any beautiful old buildings been replaced by uninspiring 'improvements' in your area?