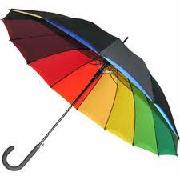 My blog title is particularly pertinent right now. I originally called it Writing in the Rain because I was writing to keep my brain occupied during the time that Mr A was having all the chemotherapy treatment in the hospital. It would appear that I am now literally writing in the rain!


Do you remember those threats of a UK hosepipe ban early in 2012? By April our reservoirs were dangerously low. They said it would take years for the underground water levels to be restored. The government declared the country in a state of official drought. The next day it started to rain and it’s hardly stopped since. Wasn’t that summer rain relentless? There were brief spells of summer sun but the rain dominated and now we’re about to finish the year with threats of more floods.

Apparently 2012 has been the wettest year since UK records began. That does not surprise me. The rain is drumming on the conservatory roof as I type this. I’m relieved that we don’t live in an area that’s prone to flooding. How awful that must be. My heart goes out to all those who do.

I know we need water for our survival but there are limits! I hope it stops raining soon, just for a little while.

The next time I blog it’ll be 2013. I don’t usually make resolutions but I’m determined to think more positively next year… so if you hear me being negative you have my permission to give me a sharp rebuttal! Well, maybe not sharp... well, maybe not a rebutal... perhaps a gentle reminder would be adequate ;-)