Do you remember when...

‘Do you remember when...’ is an excellent way to start people talking, be it a chat over a cup of tea or the start of a writing workshop session. It never fails. However, when BBC Radio Leicester interviewer, Rebecca Bryers, contacted me to arrange to interview some of the contributors to my memory project, Leicester Jewish Voices, I wondered if they would mind being asked yet again to retell the stories that they had written about so willingly just over a year ago. I need not have worried. They spoke with fresh enthusiasm, as if this was the first time of telling, and their memories can be heard on the Radio Leicester website. There’s even a video recording of one brave lady. Like I said, people love to talk about memories and that includes me. 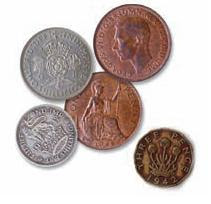 I rather suspect that I am obsessed with nostalgia and it’s never the important life-changing events that I remember. It’s the small insignificant ones like going into the sweet shop across the road from my Grandma’s house and buying one fruit chew for a farthing. That was in the pre-decimal days, of course, when there were four farthings to a penny and twelve pennies to a shilling, which is now a 5p piece. I could have bought 48 chews with a shilling. I wonder what you can buy for 5p today.

Is my preoccupation with memories a case of living in the past or a healthy interest in social history? Some might say that history is all about facts whilst memories are unreliable reports but you only have to look at two contemporary historical accounts of the same event to disprove that theory. I read History at University but it wasn’t so much the political significances of the battles that fascinated me. It was finding out what their homes were like, what they wore, what food they ate...

Food! Now that’s guaranteed to send me on a nostalgia trip. Remember the sweets that we had as children? (Unless you’re considerably younger than me in which case the following is a social history lesson.) Gobstoppers that changed colour as you sucked and would contravene health and safety these days, rainbow coloured sherbet served in a piece of paper twisted at the bottom to make a bag and licked from a grubby finger, chewy white sweet cigarettes with red dye on the tips. Imagine giving those to children today. I used to practise inhaling and blowing pretend smoke rings into the air.

1950s sweets might have been exciting but the main meals of the day certainly weren’t, not in our house anyway. We always knew which day of the week it was by the food on our plates. On Sunday Mum roasted a joint of beef, which she sliced up on Monday and served cold with chips. On Tuesday she minced the left over slices and made them into a shepherds’ pie. On Wednesday we had shin of beef stewed with lots of onions and carrots to pad it out. Thursday was liver and onions with a tomato thrown in for colour. And then there was Friday, my most favourite meal of all time, steamed fish, mashed potatoes and homemade white sauce followed by the most mouth-watering dessert ever, an Apricot Sponge from the Co-op. I can still remember that wonderful combination of tastes. I can even taste them as I type.

The 1960s saw Mum spread her culinary wings. We had bolognese that was not from a tin, something called Vesta that involved small cubes of reconstituted chicken, topped off with noodles that Mum dunked into the chip pan to make them crispy and fat. But there was still a pattern to our weekly menu until Mum launched herself into 70s style cooking and then we never knew what day of the week it was by the food on our plate. Chilli-con-carne, curry and rice, a pizza for Sunday lunch. Mum’s carefully planned menu had finally bitten the dust.

It’s strange how things turn around. Now, decades later, Mum has finally admitted to being too tired to shop and too weary to stand in the kitchen cooking. She’s moved to sheltered accommodation in spite of her concern that things would be unfamiliar. She soon found that life there is more familiar than she had expected. She has roast beef on Sunday, sliced up the next day and served cold with chips. There’s shepherds’ pie and stew. She even has steamed fish, mashed potatoes and homemade white sauce, which made me think once more about those delicious Apricot Sponges. I’ve searched everywhere for them but it would seem that like the Co-op divi they are no more. In a way, I’m glad because I know that the taste wouldn’t taste half as good as it did in the old days.
Posted by Rosalind Adam at 14:33